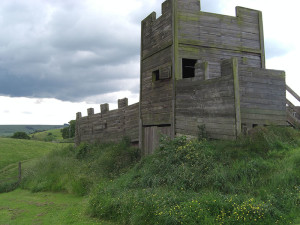 The Demise of Ian O’Connell

When we last left the Crew they had just watched Mordecai slay the Ian’s 2nd in command, Gorgio. There was a large bloody mess in a brothel and a dead body to deal with.

This session picked up with the crew trying to cover up his death and dispose of the body. While attempting to hide the body offshore they were spotted by a town guard who quickly shouted for help. Suddenly a giant Scurillian appeared out of nowhere and worked up some earth magic to bind and silence the guard. The Crew thanked their new friend and found out his name was Jagos and he had beef with Ian as well.

The Crew waited a day and met with Eti at the pre-determined time and place and headed to Ian’s Fortress. After some scouting by Daxson, they found out the base was walled in with roughly hewed tree wall set up around the perimeter. While not sophisticated it would make getting into the encampment difficult. The Crew decided to implement a two prong strategy: 1) Fake a slavery transfer with Liam leading Eti’s men as “newly acquired goods” and 2) the rest of the Crew and Eti using Jagos burrow powers to sneak under the walls.

The initial plan partially succeeded. When Liam approached the wall announcing a slave delivery the base was already on alert for a human with a strange accent. Ians lieutenants recognized the accent, knew Gorgio was missing and did not fall for the trap. Instead a fire mage decided to toss a fireball at Liam while he was stranded outside of the wall. While the ruse failed, it did however make for a good distraction. Jagos and the other group  burrowed under the wall and started attacking. The Crew managed to open the gate enough to let Liam inside, but all of Eti’s men died in a massive wave of fire from the fire elementalist.

After a long fight the Crew pushed back the slavers and managed to get to Ian who had settled in behind cover and was prepared to fight. Jagos managed to severely wound Ian and his followers with a well timed blast which quickly ended to fight. Ian was bleeding on the ground when Mordecai sent a huge cone electrical energy at the wounded Ian, finishing him off.

When the dust settled, the Crew found cages full of slaves in the base which they promptly freed. While searing Ian’s body Liam found a punctured flask leaking golden brown fluid. Realized it was his beloved Scotch, Liam only was able to save a mouthful before it ran out. Poor Liam might never get a proper drink in Caribdus after all… 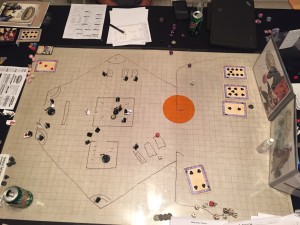 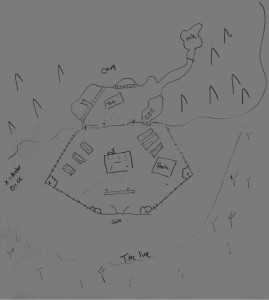 Alright.  There’s days in life that can drive a man mad.  These past few were nearly such days for me.

I think it began the moment Mordecai killed that slaver in the brothel.  Not that he didn’t deserve it.  Having to dispose of the body was more than a wee problem, though.  At the docks, we met a relative of Brachus’ who seemed a bit off his head.  Crazy or not, Jagos helped contain what could have been a world of trouble.  He had his own issue with the slavers, something about a sack full of eggs, and joined us.  Sort of.  He just lingered in the distance most of the time.

Once we finally made it to the slavers fort, we needed a distraction.  I volunteered before the others could.  Aye, I knew I was the best man for the job.  All I got for my trouble was a fireball to my face, a group of Eti’s men being burned to a crisp before my eyes, and a drawn out fight with some spry wizard.  I just couldn’t get the upper hand.  I think I’ve been away from sea for too long.  Fortunately, the distraction worked and we took the fort.

Now came the worst part of it all.  After everything we’ve had to do on this blasted island, I find a flask on Ian’s body full of that sweet nectar of my homeland;  Scotch.  But the bloody thing had a hole in it and I got only a drop!  Oh, how this world teases me.  I suppose it’s a good sign.  There is scotch somewhere on this blasted world.  If I could only find some.