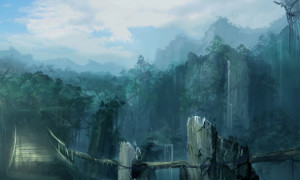 Trying to make a milk run the Crew decided to head to Jomba Town for a quick cargo run.

While there they discovered that the Ghost Trail, a inland trade route connecting Jomba to Calibs Rock and Tuck. The Ghost Trail has been haunted for some time, but recently people have wound up dead and the Crew managed to get a bounty raised for its resolution. While exploring Jomba, the Crew managed to make some enemies with the one of the many corrupt Councilor’s. This pompous Swede was upset that Rodrigo was providing free food and healing services. After a short scrap with the Swede’s hired thugs Liam and Daxson managed to convince the thugs to leave Rodrigo alone.

Hitting the Ghost Trail the Crew investigating the recently deceased and interviewing the families they discovered a connection: Only people that were killed had red hair. The attacks always came at nightfall to those with red hair.

Setting up a trap for the killer ghost, Liam dyed his hair red and waited till sundown. Hearing a haunting sea shanty the ghost of Jomba himself appeared and attacked the group. With the quick thinking of the Mages they were able to bind Jomba in the mortal realm and reason with him. He divulged that an Irish slaver named Ian O’Connel killed him to get him “out of the way” and he was cursed to attack any redheads on the trail. He didn’t know the damage he caused but was mindless in his ghostly form. The body of Ian must be laid on the road to release Jumba from his torture.

Armed with the information the Crew is now gearing up for manhunt. 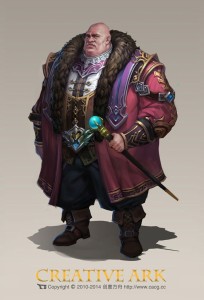 I find myself, for the first time in a long while, at a lose regarding what to make note of.

In coming here, I survived the unsurvivable. I watched men I knew and commanded, men who trusted me, drown or get eaten by some unknown sea monster. Since arriving, I’ve been ship wreck twice and lost at sea in equal measure. I’ve seen blood sacrifices summon an abomination. A monster tried to eat me and we’re now fighting our SECOND ghost.

The crew believes me fearless and ever confident. Unmoved by these horrors and trials we face. And right they should. But I must confess, it is by no small effort. If truth be told, to see such nightmares given life has shaken me to my core and brought into question all I believed true about reality. If the crew were to ever learn this. Well, losing faith in ones captain can and will be the death of a crew and I’ll be damned if I let that happen. These men – Crow, Mordecai, Rodrigo, Daxson, Brachus, John, Mongrel, Miguel, Cara, Cais, and Equais – are my crew, my Caribdus family. Even if it cost me my life, they will have a captain they can trust and depend on. I only hope and pray none of us end up cursed to roam this world as a lost and vengeful soul like poor Jomba.

All we wanted was a bigger boat.  The higher pay of this job to hike down the ghost trail from Jomba Town seemed like the best way to get there, but I wonder if it would have been quicker to just make the milk runs as the priest calls them. He is an interesting guy. Every time we port he disappears and we never see him til it is time to leave. I have been wondering what he could be up to so I tagged along this time. It seems he has been feeding and healing people. All kinds of people. Anyone. I do not understand what he is up to or what purpose this serves. Though many people appreciate the free meal or the healing, it seems to stir up trouble too. I must keep an eye on this priest and determine what his end game is.