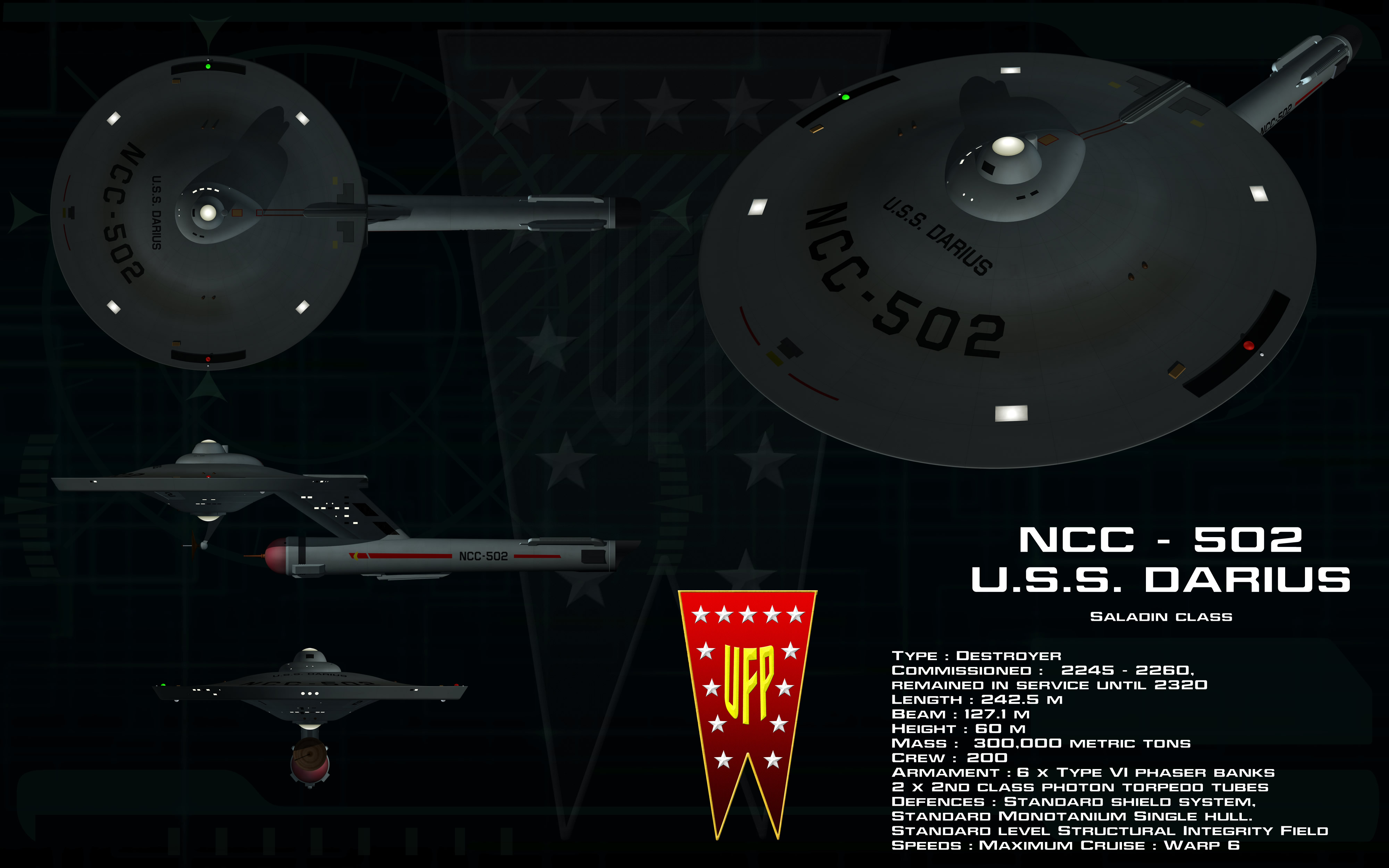 Below describes a quickstart adventure I plan to run this Wednesday (quorum permitting) or at some other future point in time.

“We’ve received a message from the exploration vehicle Ventura that their long-range shuttlecraft called the Susquehanna has gone missing in the Carina Nebula, deep within the Taurus Reach. The Susquehanna was investigating an unusual alien signal that originated from the nebula when all contact was lost. We have been ordered to enter the nebula, find the shuttle, and determine the origin and cause of the alien signal. Starfleet has also advised that Romulan and Tholian ships have been sighted in the region, so we should exercise caution since they may well have detected the alien signal as well.”

What You Need to Know

Basic familiarity with the Star Trek universe (The Prime Directive, Phasers, ‘Beam Me Up’) is desired. Rules will be taught in-game, with all accessories needed supplied by the GM. Read the ‘Quickstart Rules for Players’ PDF below and pick a Pregen character from below if you have time before the game.

The game takes place in the Star Trek universe in the year 2266, during Kirk’s “Five Year Mission” in The Original Series. Adventures take place in the Taurus Reach which is a region of space in the rimward Alpha Quadrant. A zone of Federation expansion in the mid-23rd century, the Reach was also bordered by the Klingon Empire and the Tholian Assembly. It is largely an unexplored, stellar frontier.

Download and read the quickstart rules on your digital device.

For story reasons, we want about half or more of characters to be human.

Before we air the podcast, we will compose a nice intro. audio track with a voice-over using this as the background music.

You are crew members of the U.S.S. Darius (designation NCC-502, a single-nacelle Saladin class starship). 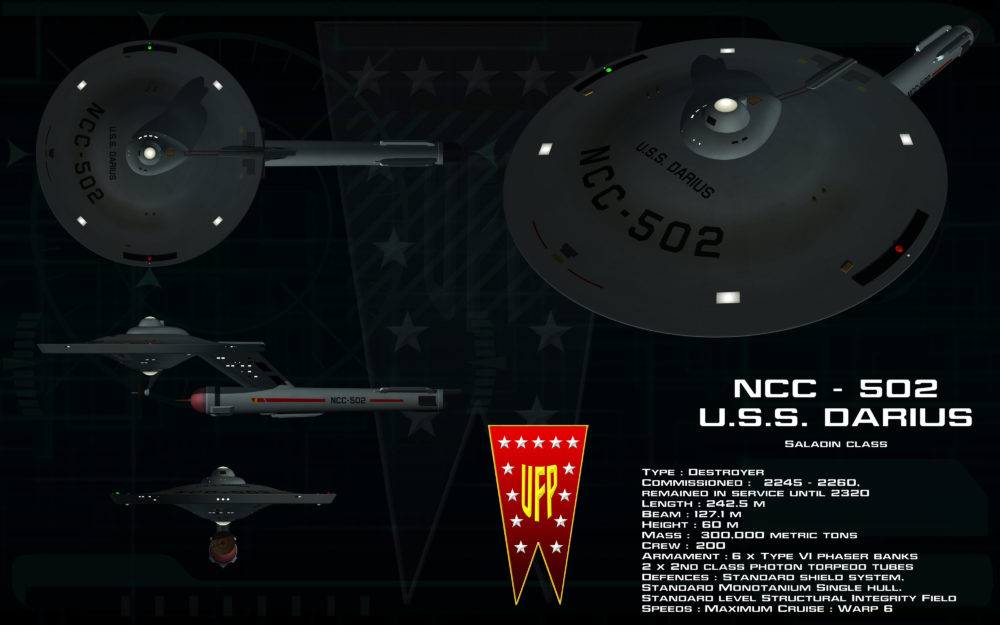 ‘U.S.S. Darius’ by unusualsuspex on DeviantArt

Redmark Session 25: You Took My Life—Now I Take Your Future 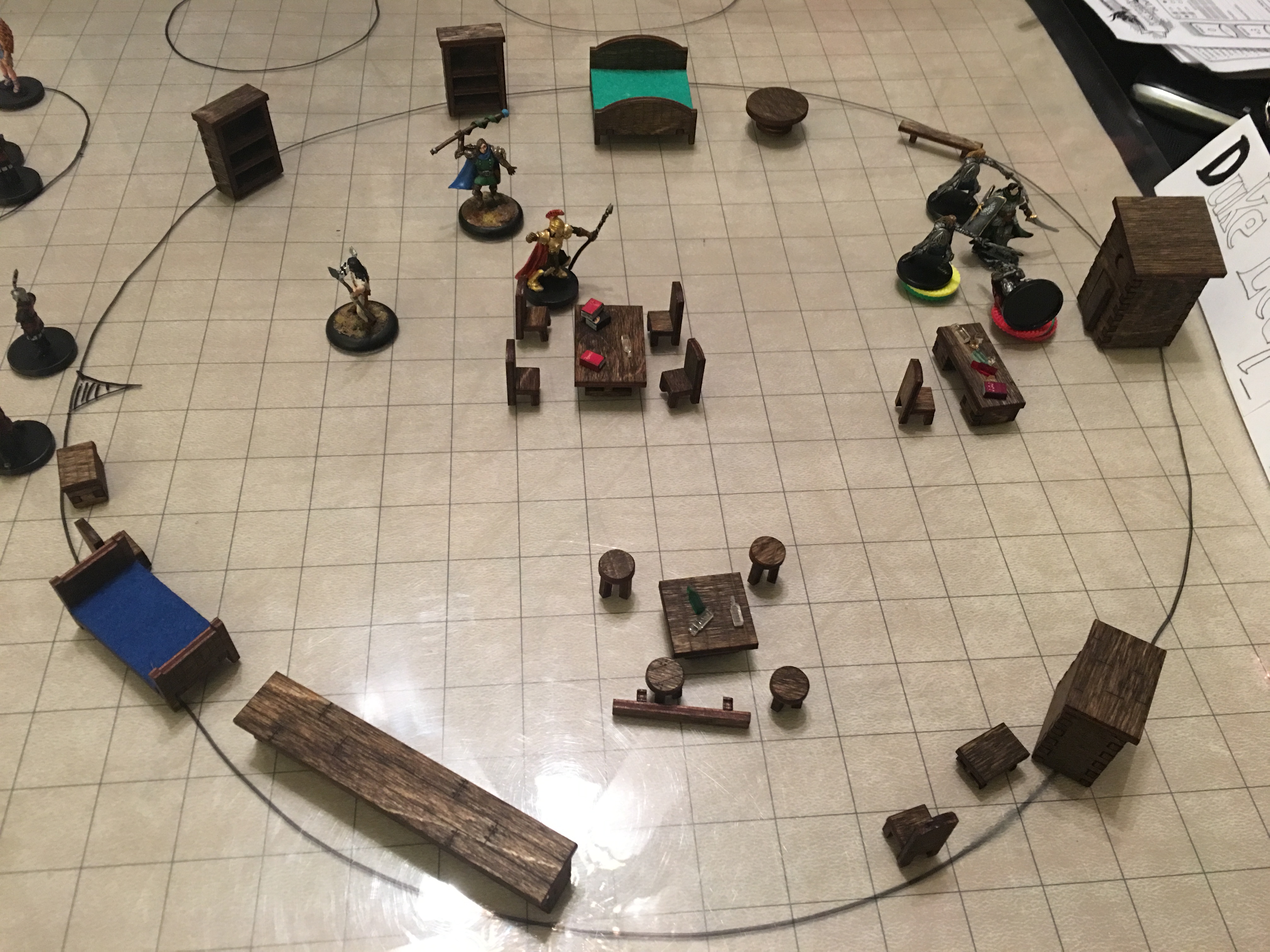 Bring Out Your Dead!

Our five heroes find themselves in a strange land where their magic doesn’t work and everyone is speaking an incomprehensible language and eating escargot. A few mimes in berets roam about—an utterly terrifying place.

Fortunately, two our heroes—Ivamel and Duke Leopold—speak the language they call “French.” They tell Ghost Dancer, Marcus, and Quintos that they are in a place called Agincourt on the eve of a battle with someone called “The English.”

The man the party had seen with an Urthjarl Stone in the hilt of his sword turns out to be Edward III, Duke of Bar. He’s a real Weinstein. He disappears into his tent complex to abuse an unfortunate young woman he calls “Miss Tuesday.” Within the hour, a man pulling a cart exits the tent complex hauling away the dead, bruised body of Miss Tuesday. Duke Douchebag has beaten her to death.

Ghost Dancer, stripped of his magic, turns to his disguise kit. In a few minutes, he’s in drag and ready to help the party bluff their way into the Duke’s pavilion as Miss Wednesday Morning—or as Mason calls him out-of-game, Mrs. Ghostfire.

Duke Leopold commandeers the cart and its hauler, identifying himself as the Duke of Dorn. The humbled hauler agrees to bring the party of Moors (“Allah! Allah!) into the pavilion. Duke Edward needs his ladies, and this new one looks exotic—and a bit feisty. With a bit of an Adam’s apple. 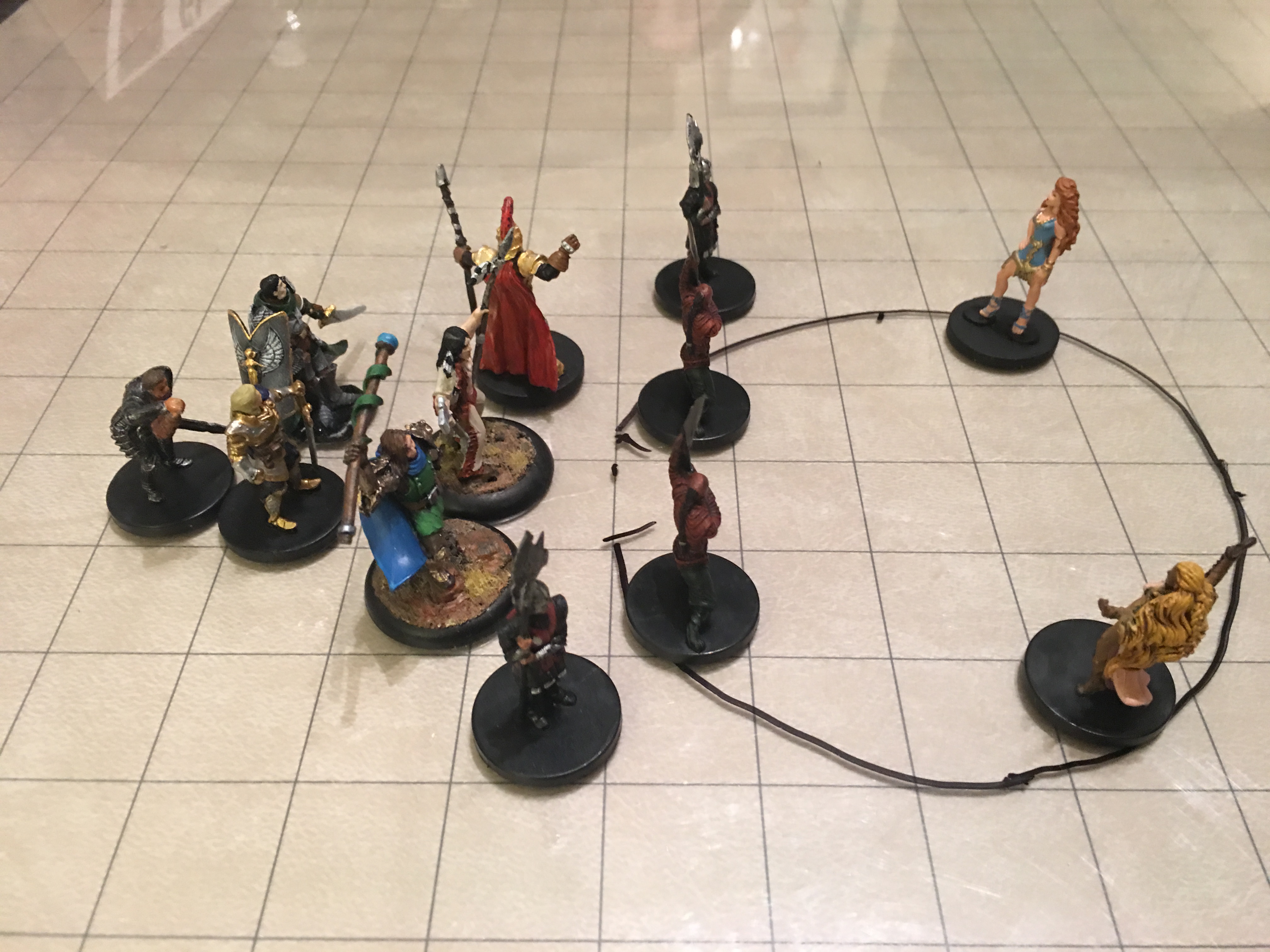 Ghost cross-dresses and gains entrance to the holding hut.

Into the Holding Tent

Leopold talks his way into the pavilion, and has all the guards trembling at this new, mouthy noble. The party goes into a holding tent where they loosely tie Ghost Dancer to a pole alongside two other poor wenches destined to fall into the clutches of the perverted Duke Edward. Marcus remains with Ghost and protects him from being groped, beaten, and Shawshanked by the guards. Meanwhile, the rest of the party goes into the main pavilion. 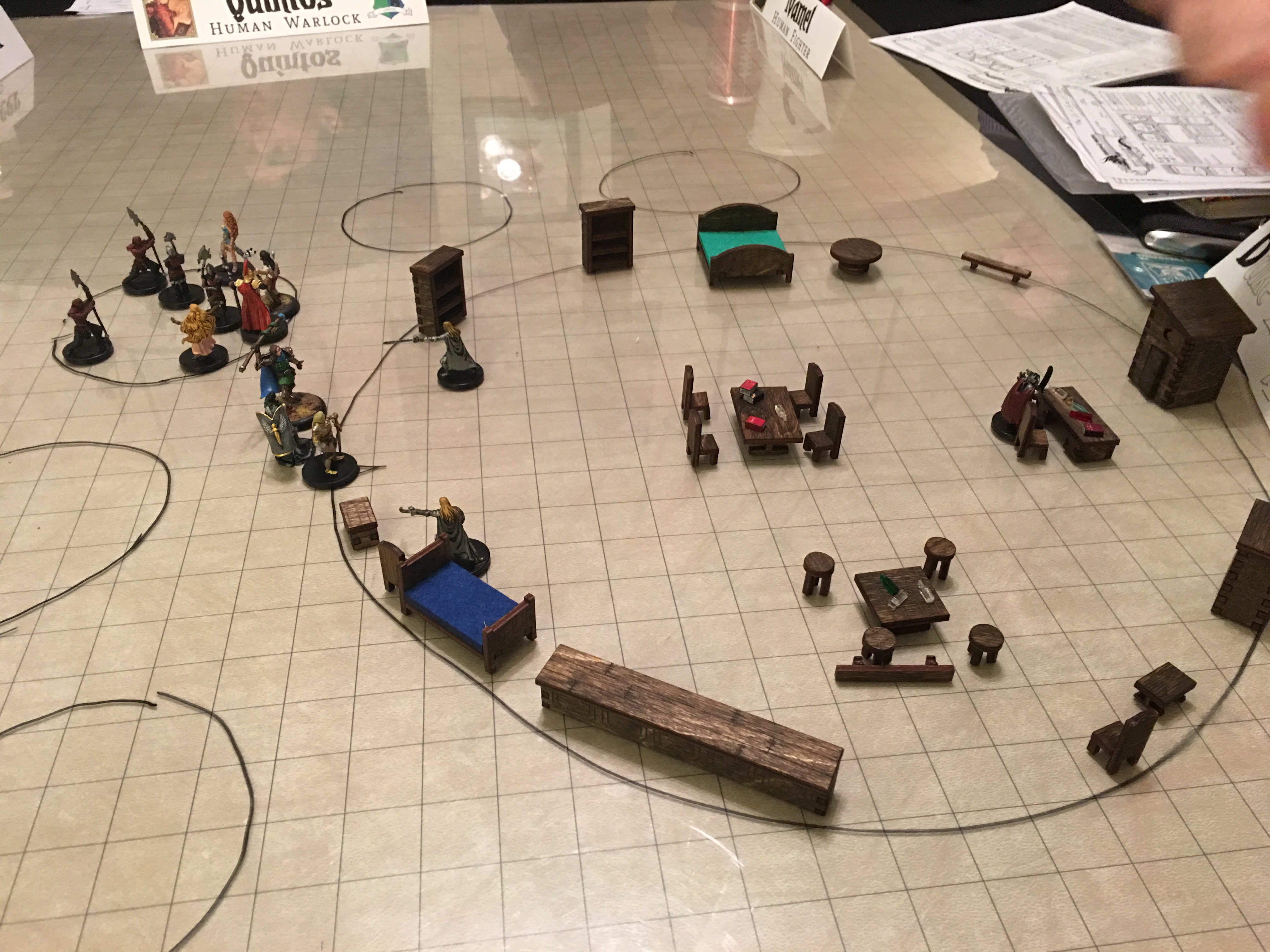 The party splits up; always a good idea!

The Duke, the Sword, the Kobold, and The Dark One

Leopold talks his way into the main pavilion, brushing past the guards with noble contempt. They find Edward speaking Latin to his sword and small tendrils of flame briefly flickering on the blade. Then, they hear an outhouse gimp with a high, squeaky voice speaking French to Edward about magic. 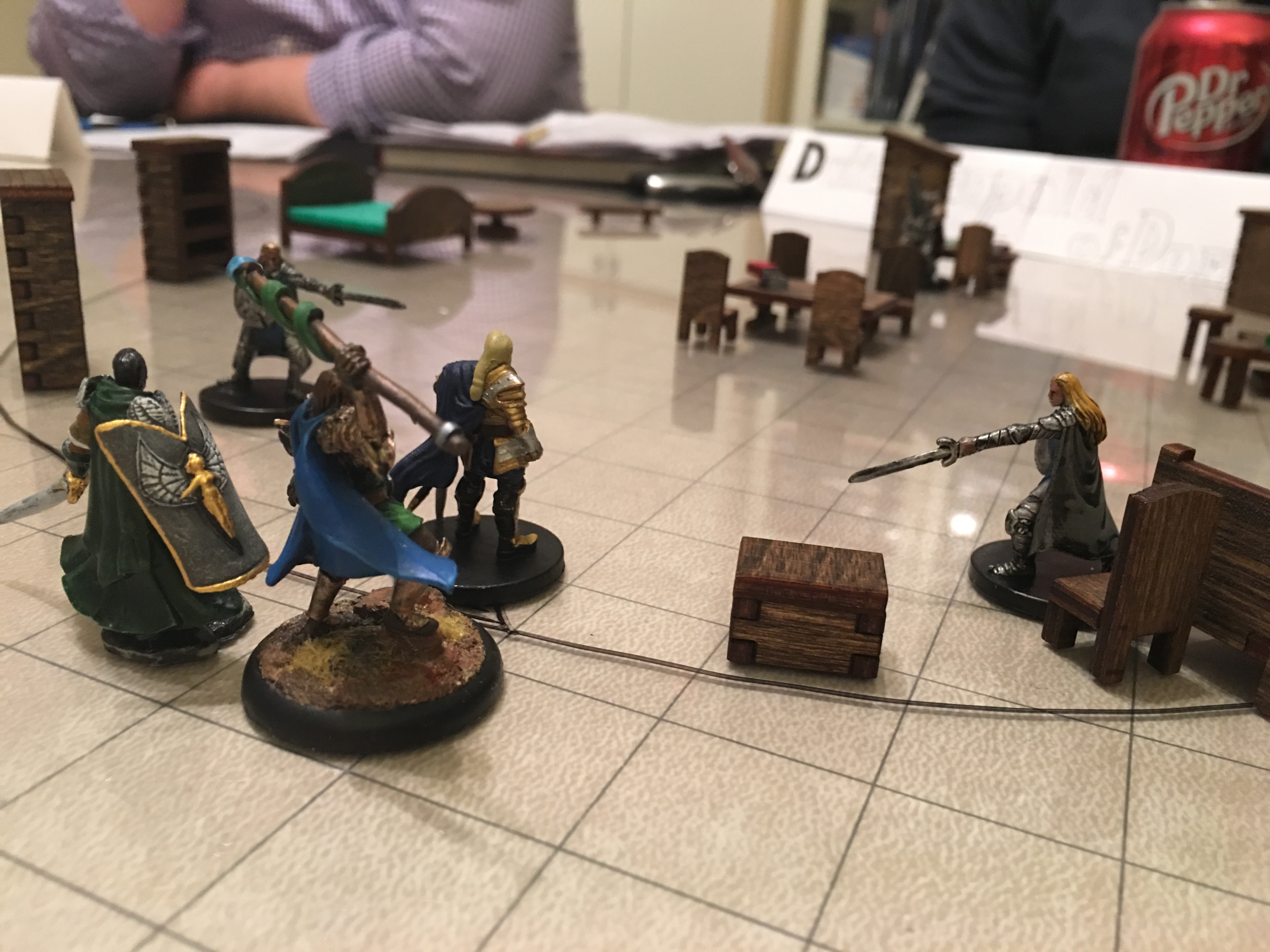 Leopold enters and parlays with the Duke. Deception ensues!

Leopold introduces himself to Edward, and tells him that he has brought him a sorcerer who can teach him how to use his sword: Quintos. Quintos speaks in Latin, impressing the Duke. Then Quintos clutches his own Urthjarl Stone, granting him a brief spark of magic, which he uses to cast Thaumaturgy, making his eyes glow red and his voice boom.

The outhouse gimp—a kobold shaman, as it turns out, caged in a small structure designed to look like an outhouse—cries out that Quintos is actually the Dark Lord, Dis-Dool. Edward is even more impressed. Quintos says with his booming voice in Latin, “Give me the sword, and I’ll show you how it works.”

Edward eagerly hands over the sword.

As Quintos holds the sword and brings the two Urthjarl Stones in proximity of each other, they both begin to glow brighter—and Quintos feels more magical.

Ivamel, who recognizes Edward and remembers what he’s done to Ivamel (though Ivamel does not yet share that story with the party), can wait no longer. He sprints to Edward, sword drawn, and stabs him as he says with a grim look on his face, “You took my life; I take your future.” 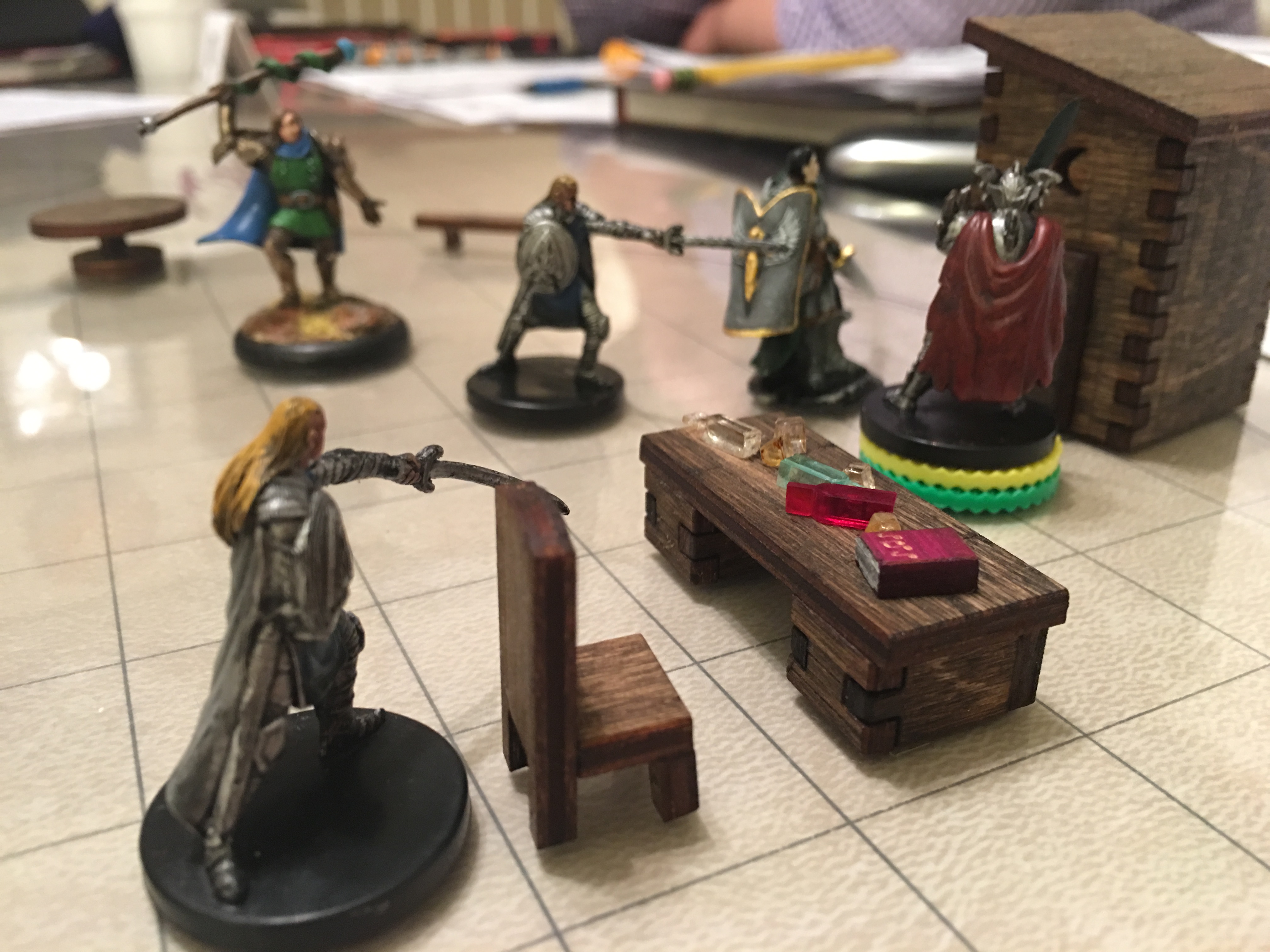 The fight begins after Ivamel’s biting words, and the Duke’s bodyguards enter the fray.

Meanwhile, Back in the Whore Tent…

Leopold comes from the pavilion to the wench-holding tent and tells the guards that Edward has called for the dark hottie, aka Ghost Dancer. Marcus, outside of the tent, waits and pulls the tent over Ghost and says, “Follow Me,” as the sounds of battle erupt from the Pavilion.

Ghost and Marcus go into the pavilion. Leopold, however, feels an unusual feeling for one of the wenches. What is this strange feeling? It’s something called sympathy, apparently. 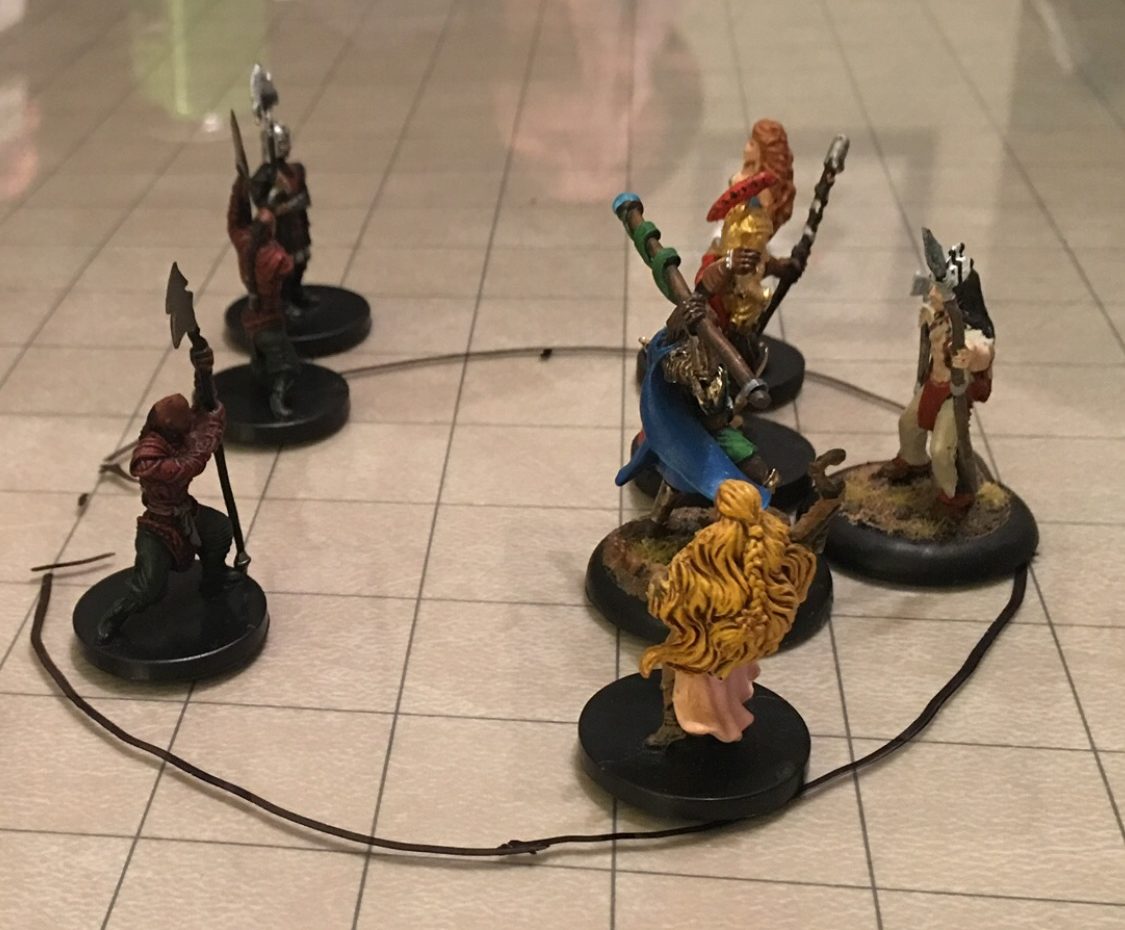 He frees the wench who claims she has a baby she needs to tend to. Leopold tells the guards the Duke wants another lady for his crazy night of debauchery. Leopold gets the woman outside and frees her. She runs off to tend to her infant daughter—Joan of Arc.

Let’s Do the Time Warp Again

In the pavilion, all hell has broken loose. Ivamel gets really stabby with Edward. The fire sword speaks to Quintos: “Hey, ya’ll.”

The sword also says it must be wielded by one worthy, and then it leaps to Ivamel’s hands. Ivamel speaks the Latin phrase etched on the hilt, conjures full flames, and stabs Edward through the mouth…but not before the imprisoned kobold gets a chance to pick up a dropped dagger and stab Edward, too.

The battle with the Duke and his guards.

Ivamel decapitates Edward and sends his flaming head rolling. Then he looks up to see Ghost Dancer performing a writhing, shimmying dance as two guards poke their heads into the pavilion to see what the noise is. When the guards see Ghost doing his stripper dance and odd contortions, they shake their heads at the growing perversity of Duke Edward, and leave. 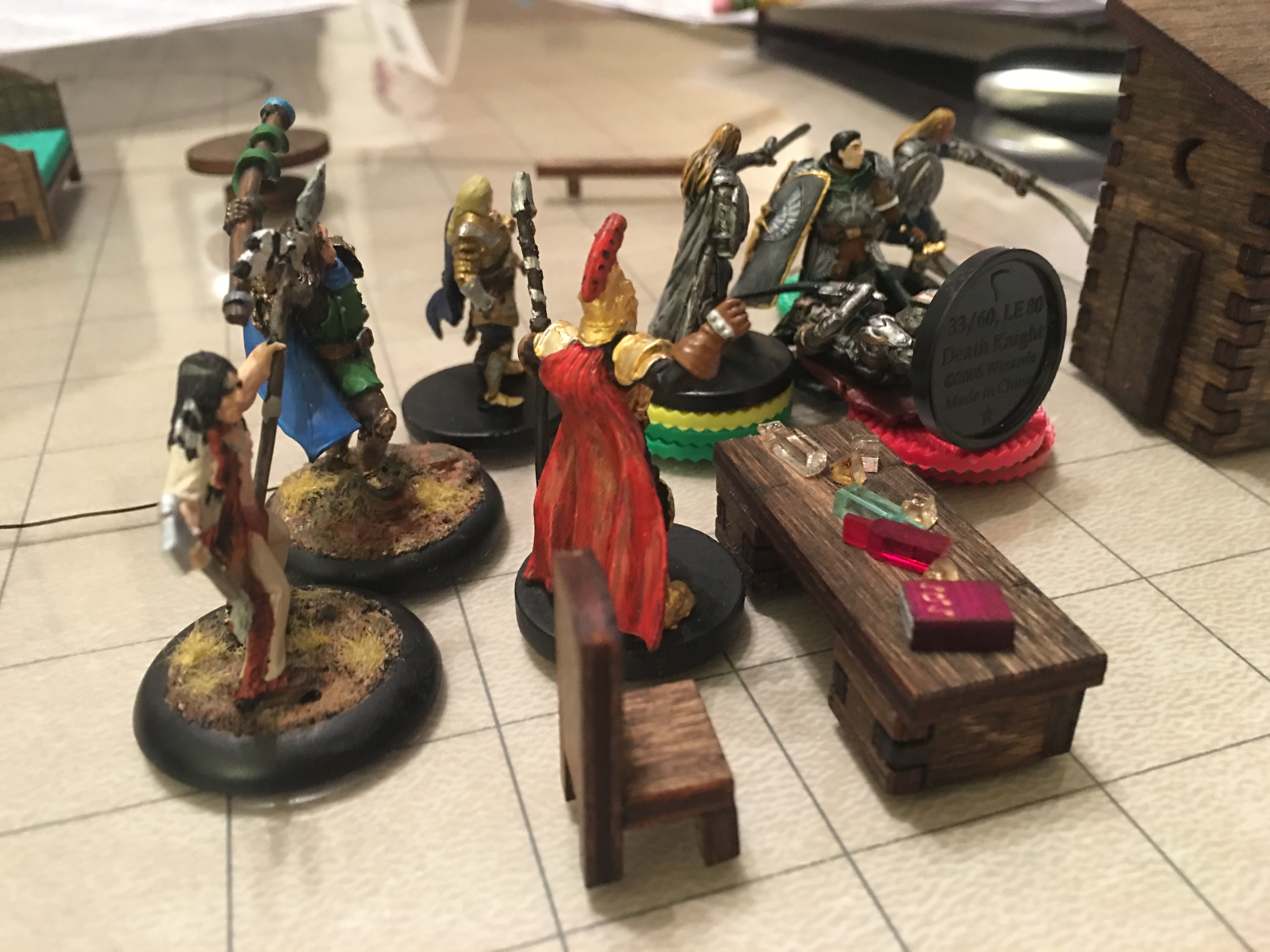 Looking at his new sword and then at Ghost Dancer and, Ivamel makes a crack about the group having two flamers now. Ghost is not amused. Well, maybe a little.

Leopold runs in and joins the group as Marcus prepares to cast banishment and hopefully return them to Vridensia. The kobold begs to come with them, promising them to of great help and service. Quintos, instead, casts fireball at the outhouse-cage, and the kobold shrieks in flames. Marcus, remembering how things went wrong with Hashar the Bugbear, is happy to see the kobold burning instead of joining the party.

Marcus casts the spell. With a whoosh, the party flies the same kind of tunnel that got them to this place called Agincourt. They whoosh along and end up back in the hut at the village by the giant King Kong wall. Those who were watching this banishment ceremony ask the party why Ivamel hasn’t gone anywhere, and the party realizes that their journey to France only took a mere blink of an eye in Vridensia time, but clearly took an hour or two in France-time.

That’s when the other observers (Ash, the chief, the village shaman) notice that Ivamel is now holding a flaming sword he didn’t have a second ago, and that Ghost Dancer is suddenly dressed like a strumpet. Everyone freaks out, and the party realizes that while they still have much work to do, they now have two Urthjarl Stones, a flaming sword, and a small glimmer of hope that they can save Thrëa from the dark forces that seek to destroy it.