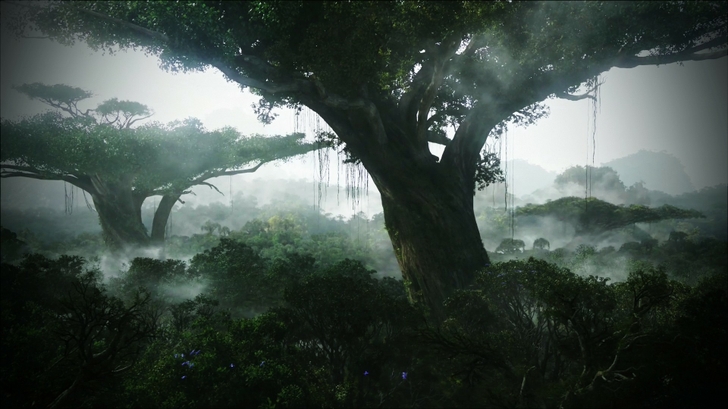 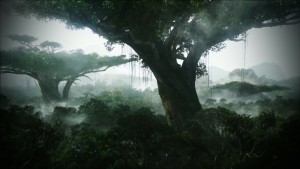 Note: This adventure occurred before “Trouble at Jomba Town Part 1” and is a side adventure

Crow decided he would like to visit Maroa to try to find information about his people and parents. They arrives on the shores of Cuwayo to find the enormous Grove under lockdown. No Atani allowed in or out and Carroway fruit trade has been completely suspended. Crow tried talking to the guards but was told he was not allowed entry. He did succeed on giving them a letter of intent requesting permission to enter.

The Crew asked around town and found out that the Grove had been on lockdown for over 3 months. Later that night a contact from Maroa sought Crow out and told him that the Elder locked the city down months ago and then went into seclusion with the Clan leaders. Something was wrong with the city and a peaceful resistance movement was forming. They wanted to use Crow to gain audience with the Elder to find out what was wrong.

The Crew snuck into the Grove with the assistance of their resistance contact, Golodir.

They managed to get to the Elder unharassed via stealth and subterfuge. The elder was a withered old Atani with milky eyes and crippled on his throne. He got angry when he found out Crow had been let in and gave hint that he was over some type of influence. When Crow touched the Elder he got a vision of the Elder Tree radiation power but the power was corrupted by a sickly green infection. In a misguided attempt to help the Elder, Crow slit his wrist imitating a Blood Magic Ritual he observed on Torath Ka. This made the dark energy pulse and grow and only with the help of his two friends was he able to push back this darkness and dispel the infection of the Elder.

With the Elder cured and revitalized they found out that a darkness has been slowing growing in the Elder Tree and affecting the Heartwood (source of power) for several years. It has gotten worse and affected the Elders mind. The Elder told him he had to go into the Heartwood and purge the Infection and free the Tree.

Crow and friends enter the Heartwood and fight Infections Oozes, deadly molds, and plant monsters. While exploring Crow finds a pulsing seedpod and carries it with him.

The Crew finds themselves in the Heartwood which is totally infected by a huge black/green mass that is draining the trees entity. This mass is huge with several tentacles and is breeding Infections Oozes through disgusting orifices. The Infection is being protected by corrupted Dryads and the battle to kill the beast is intense. At their darkest hour Golodir and Etlin rush in to help push the Oozes back. This frees up Crow to make a final strike against the pulsing Infection and eradicate the plague.

After the battle the Heartwood gives Crow the option to join the Shiani (Grove Protectors) and he learns his true Atani name is Kadian. Kadian accepts and gains the Spirit of the Heardwood forever changing who he is.

Crow has always been a lad of extremes.  As a youth, it’s no real surprise.  It’s the way of the young to live with reckless passion.  Friendships, enemies, even life itself are things he does in full measure.  Aye, more than full measure in most cases.  He saw Captain Abrams as a father and tried harder than most natural sons to win and keep his favor.  He argued for stealing a ship from pirates in Brigandy Bay with a burning passion.  On old Stumpy’s treasure island he just couldn’t leave that little magic head alone, so I had to take it from him.  Only the good Lord knows what would have come of the lad’s meddling.  When the undead beast came after us, Crow jumped from a tree onto it’s back like some half crazed lunatic.

I don’t think it’s lunacy that drives Crow, though.  Just willful undisciplined youth.  I’ve often found myself concerned for the wee lad.  Such unbridled passion ends in an early death more often than not, and Crow’s seemed almost impossible to keep in check.  Despite my best efforts.  But he’s not that Crow any more.  He’s not even Crow, in truth.

Aye, he’s the same person.  Full of passion and zeal with the same love for life.  Yet, after our crazed trek into the heart of a gigantic tree(this world never ceases to amaze), he’s no longer that wee lad.  Now I’d say he’s more a man than lad.  He’s found true purpose, a connection to his people, and his true name; Kadian.  The tree itself, which I gather to be some kind of god for his kind, has dubbed him a Shiani.  Where Crow once stood reckless and undisciplined, now stands Kadian.  A champion of his people and a young man I’m proud to call friend.